Home / Economía / Notas / The Bermejo River, could benefit 250.000 KM2 of Argentine territory, give the Bolivia Republic a free gate to the Atlantic ocean and also to the Paraguay Chaco

The  Bermejo river originates  in the Republic of  Bolivia´s mountains  and enters  Argentine territory at the Province of Salta. It runs through about 1300  kms (812 miles)  to its mouth in  the Paraguay river and has an average flow of about 450m3 per second. It is a very difficult river for navigation because  it can have from  5000m3 per  second of flow to no more than 20m3  per second  at certain times of the year and, in addition, varies its channel sharply, which hinders navigation.

Nowadays, the  river  is not  used at all, even though  highly skilled minds said it could be a source of extraordinary wealth  for the Argentine Republic and raise the real wages. We leave the enigma  to  the reader, to whom we  are going to provide  some data, to solve the riddle.

In his many publications Dr. Boscovich advocated the use of this river  as a way of communication and transport  since the cost of  river navigation is about five  times less than the railway and fifteen times lower than the truck.

Dr. Boscovich´s estimation relies on the distance to travel but shows that we have at  hand something that can  reduce both, the price level of the argentine  economy, and the poverty that overwhelms us.

It is obvious that the low cost  of regional goods and services  would increase  our ability to place us advantageously into world markets and would promote exports greatly.

In  short  distances,  trucks are unbeatable,  but in long distance, say 400 km up, both the river plus railway transport,  are much cheaper than the truck.  River transportation gains in the comparison.-

THE   USE OF THE  BERMEJO RIVER WOULD DEVELOP ABOUT 250.000 KM2 OF ARGENTINE SOIL AND COULD CONNECT   BOLIVIA  REPUBLIC AND THE PARAGUAY CHACO  WITH THE ATLANTIC OCEAN:

The Bermejo river has been described as “wild” by  variations in its channel but its waters can be used in a side channel  to the riverbed. This decision was  taken  by decree law 16.288/56 signed by President Provisional Pedro Aramburu. This artificial channel is perfectly navigated by barges without obstacles. In October 1956 other decree ordered to study the feasibility of the construction of a second channel starting from the Bermejo river to“ cross the provinces of Salta, Santiago del Estero, Santa Fe,  until it flows into the Paraná”.By decree of 1957, the National Commision of the Bermejo River was created, (C.N.B.R.) chaired by Rear admiral  Gregorio Antonio Portillo for ten years. His work inspired  Dr. Boscovich, because they established the philosophy  of entrepreneurship that was  to use the flow of that river and its tributaries to “create a multi-purpose infraestructura: energy, navigation, flood control, neutralization sediments, provision of water  to drink and industrial uses, irrigation, livestock, afforestation and a number of indirect benefits for the  whole north of Argentina (NOA.NEA)”.When  the Commission was dissolved and its studies were  transferred  to a new Commission under the Ministry of Foreign Affairs, most of the technical documentation disappeared. Dr. Boscovich said,  notwithstanding the need for rethinking many aspects of the Commission’s Project  because many years went by since it was written up to the moment  he studied  the Commission´s work , “…it is …exceptional to make the use of the Bermejo as an axis of development and as an integrative axis of the Argentine interior and….Mercosur-Conosur´s regional physical complementation process”.

Through the Bermejo river  we could develop an almost desert area of about 250.000 km2 (156.000 miles2) installed in the heart of Argentina and comprising a significant part of the provinces of Chaco, Formosa, Salta, Northwest of Santa Fe  and Santiago del Estero.  Bermejo River has an average flow of about  450m3 per second. To incorporate these  250.000 km2 (about 156.000  miles) into civilization,  two navigable channels and various  dams must be built, electricity produced and provide water for human and industrial  use, in addition ,  irrigation for the best land and livestock rearing

Navigation in the channels would be done by means of low-cost barges, and high load capacity. Although Dr Boscovich raises the idea of using 5000-ton self-propelled barges, it provides interesting figures: A 1000 ton payload barge is equivalent to 30 train wagons. A convoy of three barges  pulled by a tugboat is equivalent to 100 train wagons. The fuel consumption of the tugboat is much lower than that of the locomotive because the friction with the water expends less energy than rubbing it with the ground.

The quote we  will transcribe from Dr. Boscovich also explains the purpose of this  article: “ It is  reiterated his work must also be carried out in benefit of the neighboring  argentine countries and  specially Bolivia, which will have for it is an efficient exit to the sea with  a more suitable means of  transport for the needs of its current production”

The current destination of the water of the Bermejo of 450m3 per second is  turned into de Paraguay River,and  this one,  into the Parana  River  and from there,   runs to River de la Plata, and  ends into the Atlantic Ocean, without any usefulness. Instead the  C.N.R.B proposed:

c)     Industrial consumption: It was estimated  that in the first stage they would consume 8 to10m3 per second.

IT WOULD  BE  POSSIBLE TO GIVE A CHEAP WAY TO EXPORT THE PARAGUAY (CHACO) PRODUCTION:

It would be necessary to close the Pilcomayo river with a dam and to use partially its water in a channel to connect the Paraguay territory with the Bermejo  channel.

The  engineer Jose  Palacio, qualified  Córdoba professional, designed a channel that would join the  second channel  in the vicinity  of the town of Añatuya and ends in the Carcaraña River which runs into the Parana River, north of Rosario city.-  Cordoba´s participation  would  ensure  the success of  the initiative.

THIS  PROJECT  CAN BE DONE AS ESTABLISHED IN THE NATIONAL CONSTITUTION

Argentina today  is  in  a very difficult financial position to do this important Enterprise, but it is a good opportunity to remember a millennial Basque proverb that says “The impossible,  putting on it, is done”.(In the language of that breed, Basque, it is said:-“exina ekinez aegina”).

This  work can be done if, as established by article 75, paragraph 18 of the Constitution  Law  says,  we use to finance it” …concessions of privileges and reward  of stimulus”, without forgetting the provisions of paragraph 19. If our ancestors were able to make the largest railway network in South America where  there was nothing but desert land, it is clear that in a few years we will be able to connect Salta and Jujuy with the Atlantic Ocean, to join the illustrated Cordoba to a project which suits to its qualities and  necessities, to put an end to the mediterraneaty of Bolivia and open a water road to the Paraguay Chaco.

The most  important thing, as General Manuel Savio said: ” lets not delay any longer”. 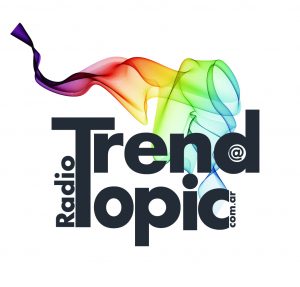